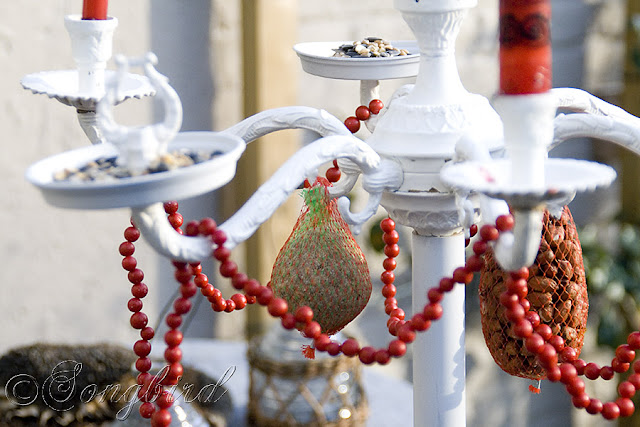 Preparations for my big painting job are in the works. But today I set myself one other task to finish first. I wanted to do something with a leftover piece from a previous project. 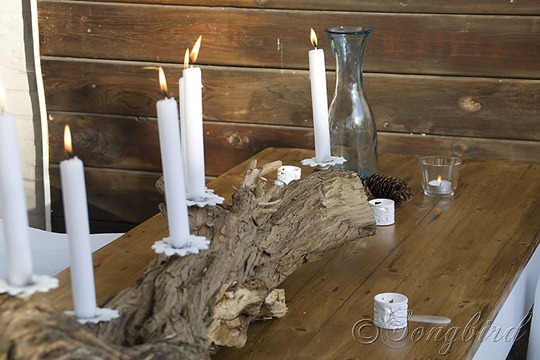 Remember my Tree Trunk Candle Stick? I used the little dishes of a chandelier underneath the candles.

Great repurpose of a chandelier. Except those are actually the smallest part of that whole chandelier.

See, how much was left: 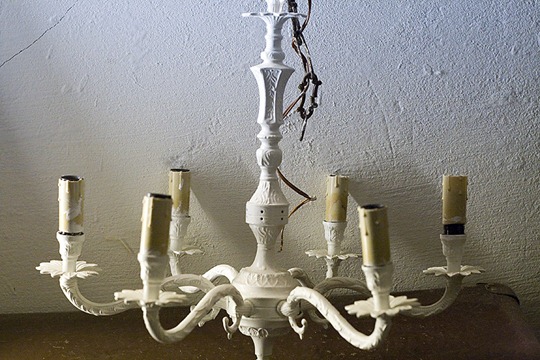 I only used those 6 flowers underneath the light fittings. Which still left me with a chandelier in my basement. I really thought it would be such a waste to just throw her away. So I came up with a use for her. 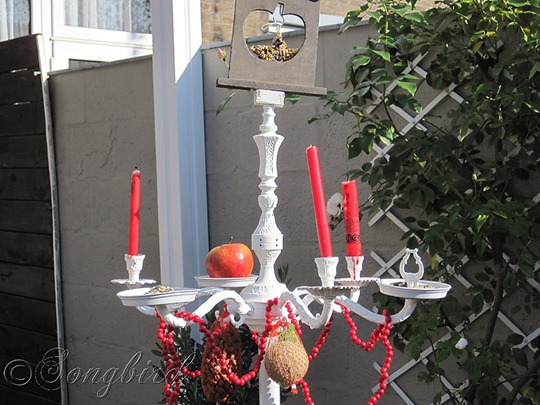 I stuck her on a pole that I put in the empty parasol stand on our terrace.

And no that is not you, everything is indeed crooked, but to be honest, I couldn’t care less. 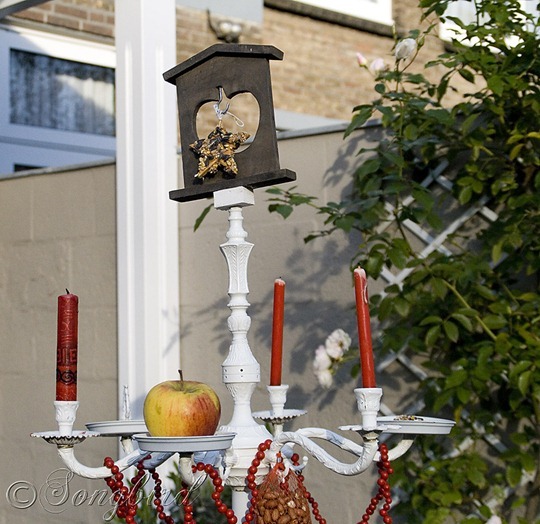 This project sort of evolved naturally. I had a pretty vague idea in my head and just winged it. I took the chandelier apart and than rebuild her with what I had laying around, or could easily alter to make it work. 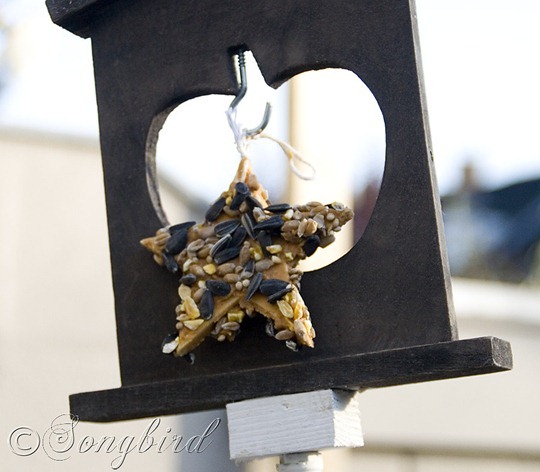 Like this wooden house on top. I didn’t know I was going to do that until I did it. I needed something to top her off, because I didn’t like the original top there, and had already found an alternative use for it (you’ll see it in detail later). I was rummaging in the basement looking for something I could use when I found this little apple shaped house. I didn’t even remember I had it, I probably bought it last year in the super super sale after winter, and promptly forgot about it.

The star is one of last years wooden Christmas ornaments, dipped in peanut butter and birdseed. Another last minute addition, hence the less than perfect covering. 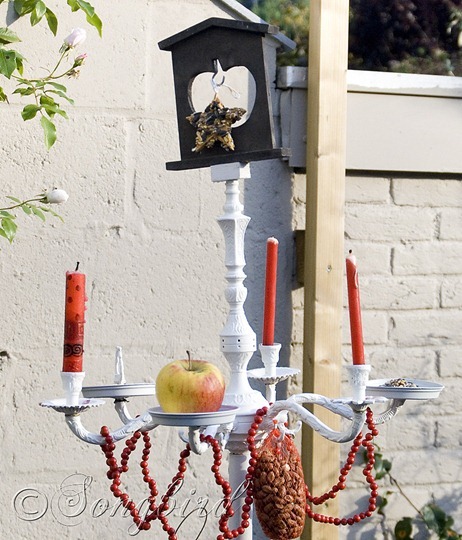 Those red beads are for decoration purposes only. I will replace them with real cranberries as soon as I can get them, but cranberries are only sold here just before Christmas. 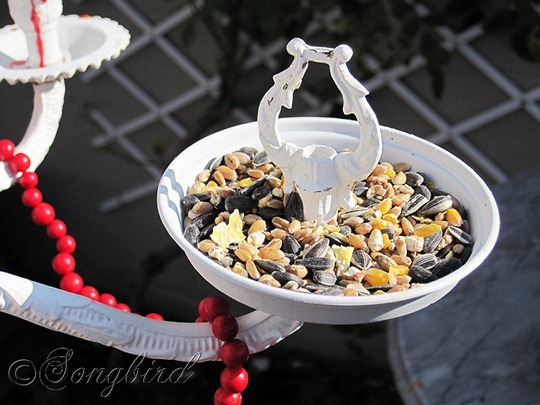 Here you see the old top repurposed as a little feeding stand. Doesn’t it look used like those tops of music desks? I think that is appropriate for a songbird feed mix. 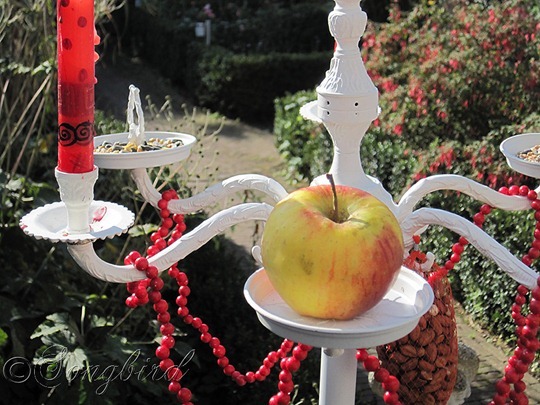 The apple is for the black bird. I know they like them. 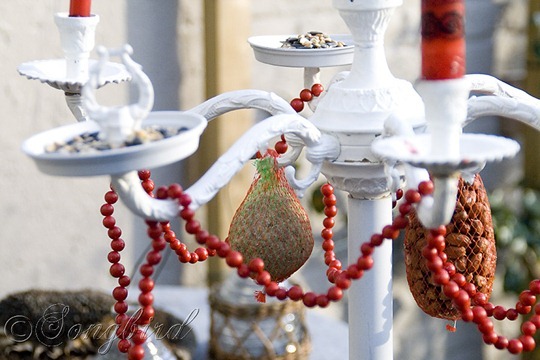 I really like my birdseed chandelier. I hope the birdies will too….

I really didn’t put an awful lot of thought into this project. I just winged it. I really wanted to:

Do it
Do it today
Use what I had
Not let the fact that my tool handy hubby wasn’t around stop me
Not let my intimidation of things as drills, metal cutting pliers or metal saws scare me off
Not let perfectionism get in the way
Have fun doing it!

Pssst. Have you seen where I have also been today?