Home » At the Nest » Do you think I have a problem?

It’s Monday again folks. Weekend is over and the week has started. We are having a beautiful and very cold Fall here, so I spent quite some time outdoors this weekend. That and cleaning this ole nest has made me feel a lot better. Can you relate that when the house is a mess, the emotions become messy too. Or is that the other way around?

Anyway after doing some much needed sprucing and purging and spraying and lighting scented candles, the house looked much better, and more importantly smelled better too. And I was on a roll. So I decided some laptop cleaning was in order too. And no I don’t mean getting all those crumbs and other icky stuff out from under the keys, eow! I mean going through files and making back ups and deleting old stuff. And as I was going through the endless list of folders in my pictures file I noticed something. There weren’t a whole lot of pictures of people, and there were practically none of me. And that got me thinking. I don’t think I actually take less pictures of parties and picnics, or of get-together’s and day-outs. But those pictures get lost in a sea an ocean of pictures of furniture, and vignettes and flower arrangements, Oh and of food!

I think that if in a about hundred years an historian and an anthropologist team up to study ‘women’s life at the beginning of the 21st century as depicted in popular visual culture’ they will conclude that evolution had come to a stand still there. Because women were once again totally obsessed with gathering (aka thrift store shopping) and taking care of the cave (aka nesting).

Anyway I don’t consider that a problem….

But looking at my pictures I got the sense something made be a tad off with me.

I mean I detected something of a split personality, a double identity, a bit of a two faced woman. 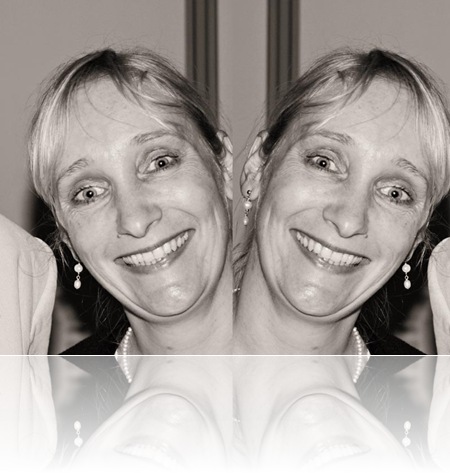 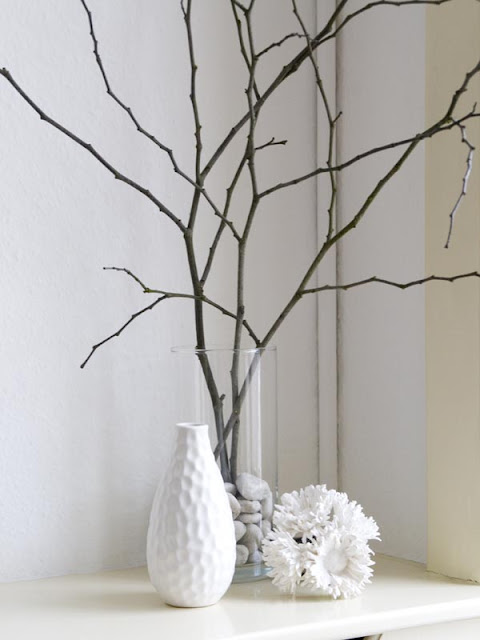 Couldn’t possibly be in love with this abundance too?! 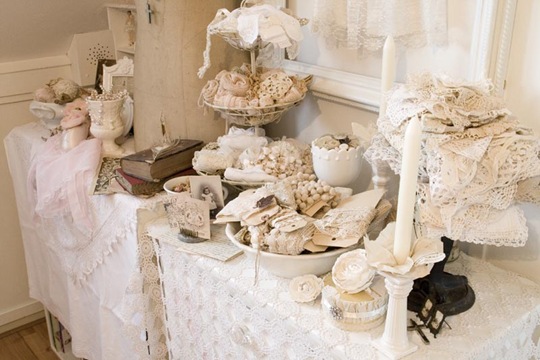 How can someone, who is such a lover of soft, neutral tones. And who is an avid member of the all things white fan club 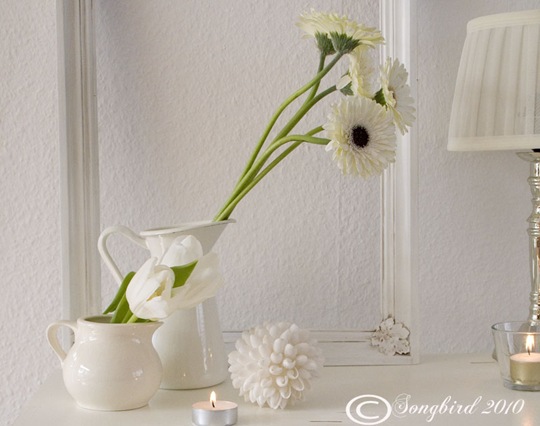 Also be such a lover of bright and PINK!! 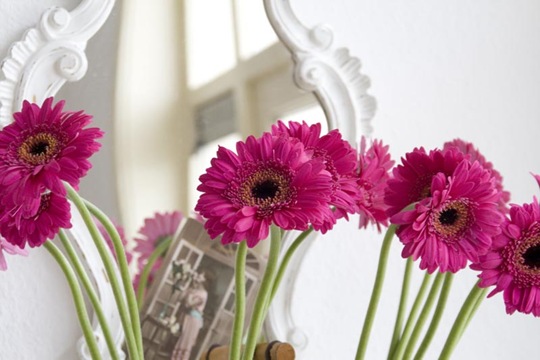 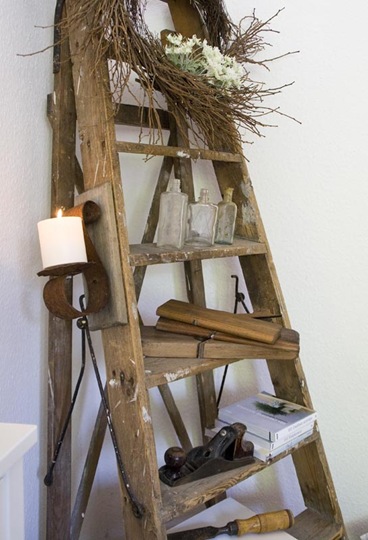 Surely has no desire for lace and ribbons and soft feminine touches? 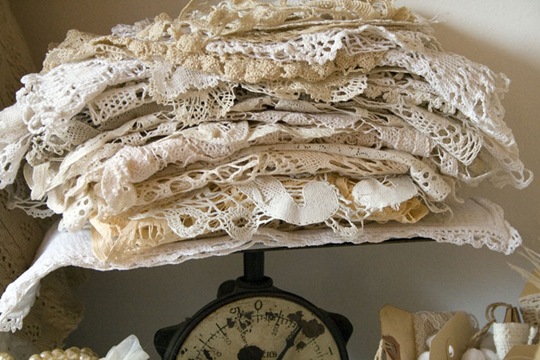 And finally a woman who loves to get her hands dirty and play with the big power tools, 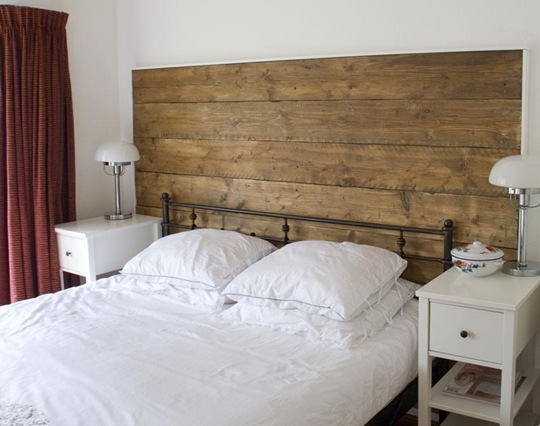 Should not have a craving for fine stitches and glitter for Pete’s sake!! 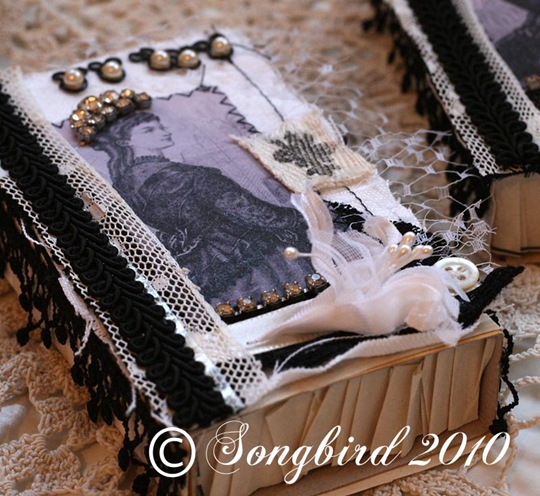 So what’ye think? Is there something wrong with me? Should I visit some kind of DIY/craft doctor? Is there hope for me yet?

Please tell me what you think. Do you have a double identity too? Or am I alone in my freakiness?