The flea market season has only just kicked off in these parts and I already feel that I have found the find of the year! 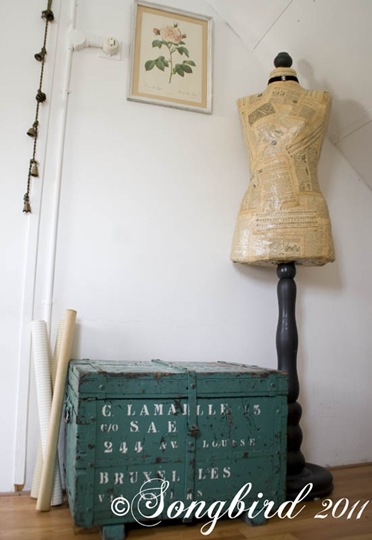 I found this amazing trunk for next to nothing at a Flea market we visited at Easter. I love it! Even though it is very green and I normally don’t ‘do’ green. But this particular aqua-ish green really makes my heart sing and dance.

And all that lettering makes it even better. 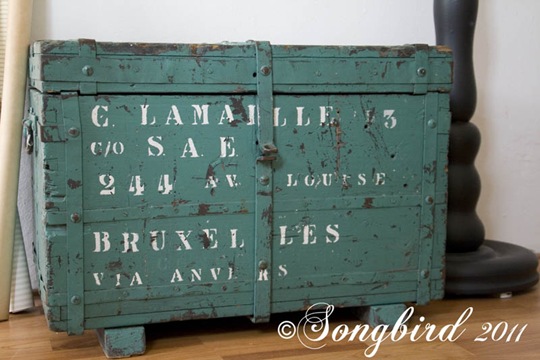 I guess it belonged to a firm in Brussels that resided at the Avenue Louise, a very fancy avenue that is, let me tell you!

I spotted this crate among a vast rubble of things at the market, the sellers of said rubble had covered it with loads of boxes of old make-up. As this was my first Flea Market of the season my French was a bit rusty, so the man with almost no teeth but a very cute smile couldn’t quite understand what I was saying when I was asking him “quelle est le prix pour cette Boite” (which would be something like what is the price for that box). He said “un moment” and went into the house behind the rubble. I could see into the hallway of what looked like a pretty big, old house they were clearing out. And the whole family was there to join in the fun. They, along with their stuff, were spilling out of the house.

Oh I would have loved to go rummaging through that house, and I was half tempted to walk in behind him. But I decided that would be a bit too forward from me. So I waited.

Out came what I think was his sister. Again I stumbled something in awful French about that I wanted to know the price of that box. And she literally started with a flood of French telling me “ I have no clue what” but probably something along the lines that it was highly exclusive make-up she was selling there. Clearly working her way up to a staggering high price. It took an intervention from My Love, who just said in our local dialect that it was the trunk I was after, for her to understand what I wanted.

She looked at me with big surprise! ‘You want the trunk? That old thing? We only put it here to use as a sort of display? I guess you want it empty then?’ And so the started to clear it off and empty it out. It was stuffed with china and other kitchen paraphernalia, none very interesting (I checked). And then we negotiated over the price. Except I didn’t negotiate. She only wanted 10 euro for it (about $12) and that was way less than I had expected to pay for it. So home with us it came

Back home I discovered that the trunk used to be some sort of tool box. The lid contains this custom made insert that clearly used to hold tools. I am guessing a big and small hand drill? 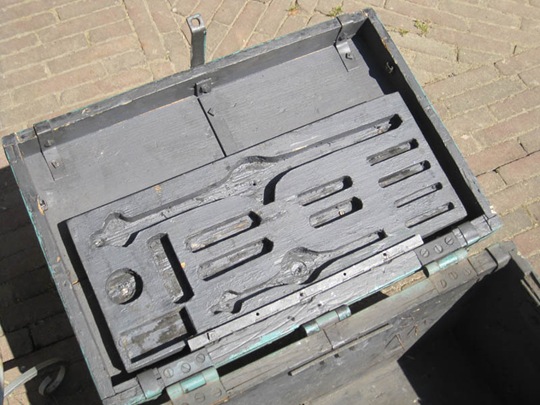 On the inside there were lots of nails and screws sticking out. I hammered out a couple and the rest we just cut of, because I didn’t want a bunch of holes on the outside. Then I only had to do some vigorous cleaning to get years and years of workplace grime out of it.

At first I thought it was a shame that someone had painted some other text in red on the box and I contemplated how I could remove it. 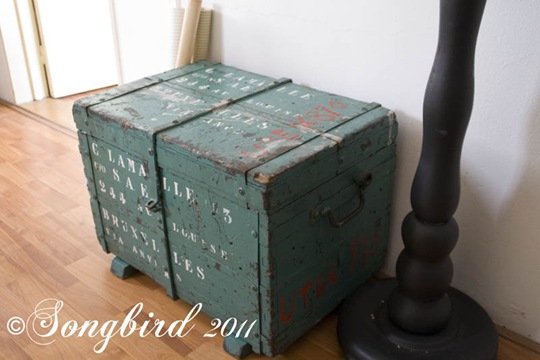 Now I think that I actually quite like that red detail. The lettering isn’t so beautiful as the precise white crate letters, but the red works. 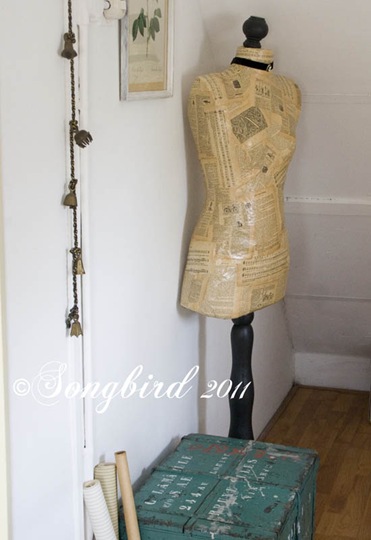 I found a place for her just outside my attic craft room. So this trunk is the first thing I see when I come up the stairs to my own little studio. I love that.

Since the crate used to live at the Av. Louise I thought it was only fitting that I would accompany it with my own Louise. 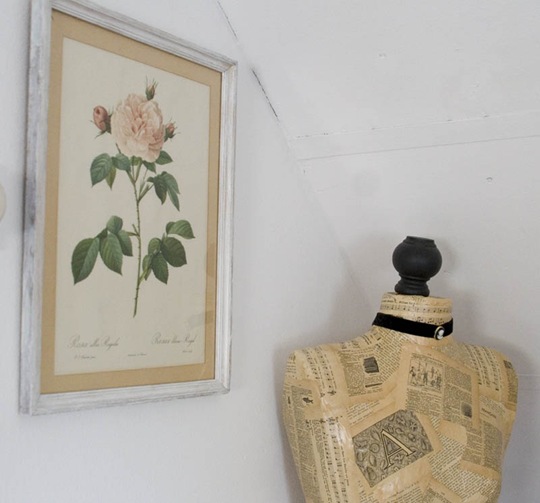 And I gave Louise – my homemade dress form – a rose too. She deserves it. 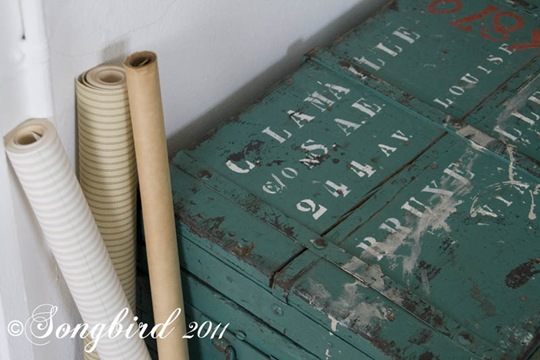 Yes, if this first find at my first Flea Market is any prediction for what is to come this season, I can only say “bring it on!” 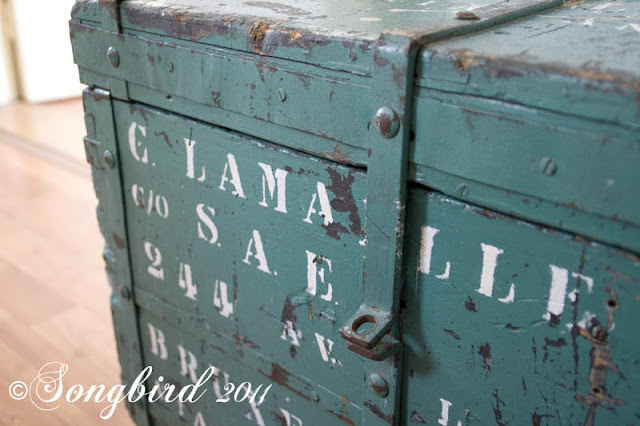 Hi there, I am Marianne, welcome to my nest on the web. At Songbird I like to share my creative adventures and my love for fluffing my nest.

Buy me a coffee

If you find my blog useful and want to support me in my blogging endeavors than feel free to buy me a coffee. I appreciate it very much! 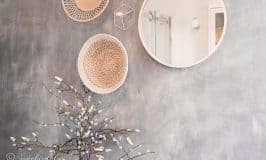 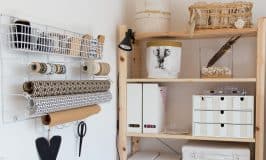 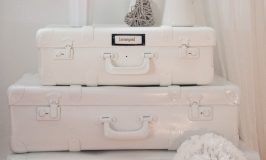 As an Amazon Associate I earn from qualifying purchases. We are a participant in the Amazon Services LLC Associates Program, an affiliate advertising program designed to provide a means for us to earn fees by linking to Amazon.com and affiliated sites. For our data disclosure policy click the image below.