You are here: Home / Craft Projects / Let the light shine

This weekend I got to do something I wanted to try for a really long time. But the weather was just never quite right for it. 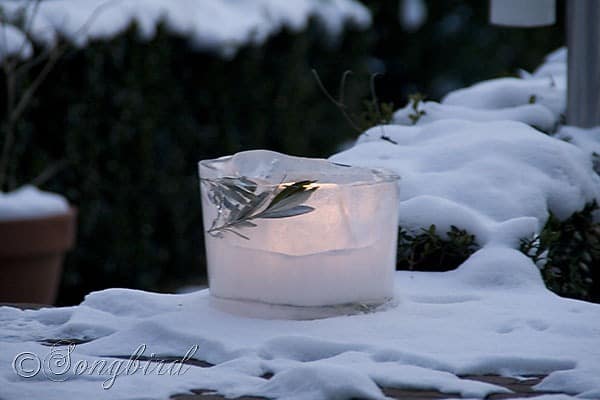 I made Ice Lanterns. Well actually I made one ice lantern, the next one is in the making right now.

This is so cool (pun intended). So easy, yet so cool.

We are having a very cold spell here right now. Temperature hasn’t been above freezing in over a week. And in this little flat country persistent freezing temperatures means that a particular fever is rising. Ice fever, as in ice skating fever, as in shall this be the year that the infamous ‘tour of eleven cities’ will be held again.

You see we have this thing here, where when the winter is severe enough and the frost lasts long enough for the canals and rivers to freeze over, that people start to plot holding the tour of tours. It happens rarely, the last one was in 1997 the one before that in 1986 and 1985 and before that it was back in the sixties. 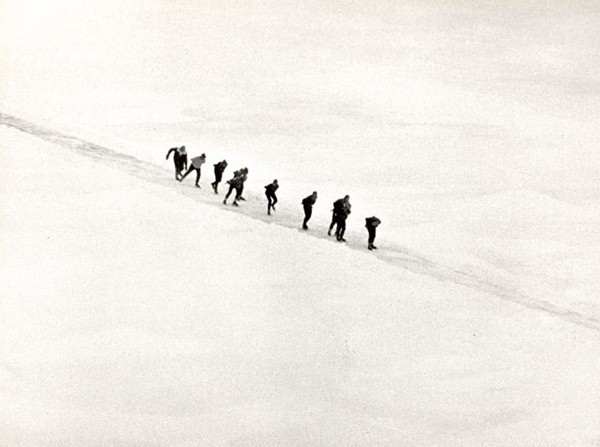 This elfstedentocht (Dutch for tour of eleven cities) can make this little country even more crazy than the world cup football championships finale. Must be something about the real men heroism going with it. As I said for more than twenty years the tour was a myth. The one in the sixties had been particularly brutal. And the black and white images of bearded men going over the finish line with popsicles hanging from the eyebrows, completely exhausted and almost frozen became part of our cultural heritage. 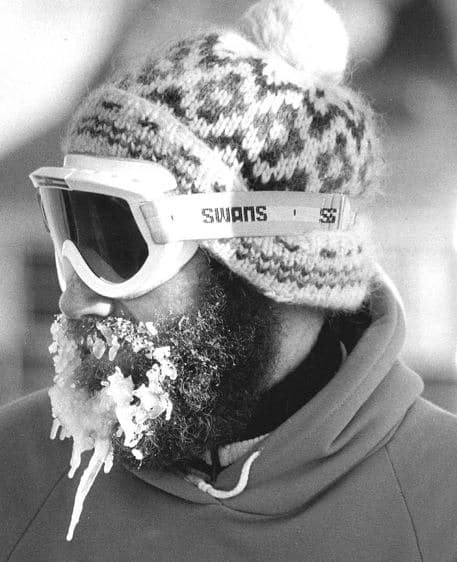 And then in the eighties it finally happened again. A strong winter with enough freezing days in a row to built a strong ice road. It was such a big event that we all got a day off from school. Yes I once got an ice-day holiday. Once, as is hasn’t happened since.

And no the talk is on again and hope is rising as fast as the ice is growing…..

So while my country is talking about the centimeters of frost gained in the night, meetings between ice masters are held every hour, people are sharpening their skates and hoping they can get on the participants list (you actually have to be a member to be able to participate in the race. People are members for decades on the off chance that the race will be held again and that they will draw a lucky number). Everyone hopes it will get colder and colder while the fever rises.

And I had my own little ice celebrations. 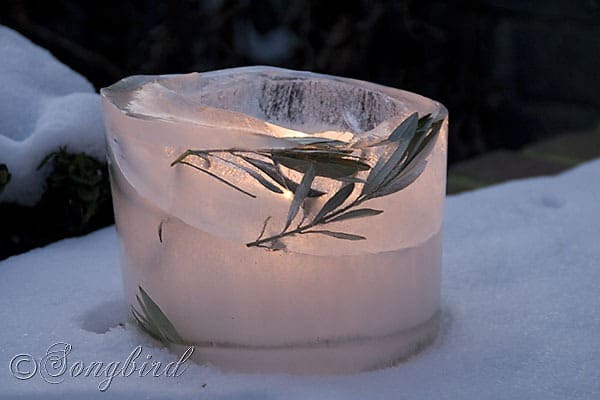 A lit ice lantern to celebrate winter. To marvel at the force of nature. To have a little fun with the freezing cold. 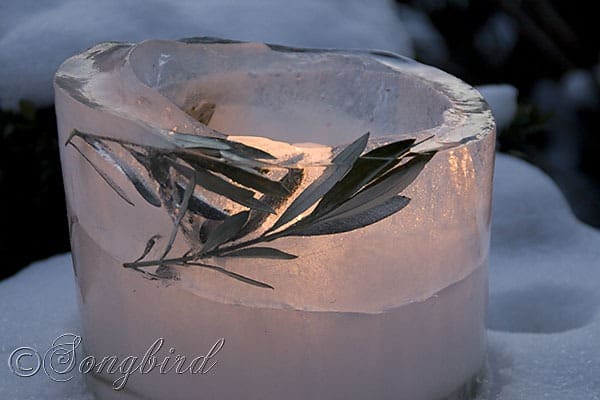 Just water and a couple of olive tree branches and a little patience. That is all that it took, to create this beauty. 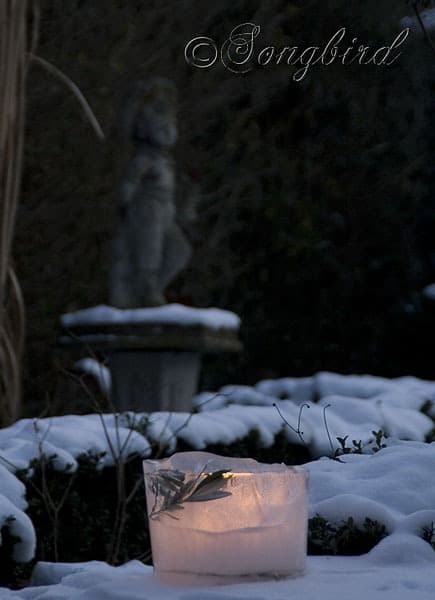 A light in a cold, dark night….

Here’s to hoping that the frost will linger long enough for my country to have its special winter fest…. 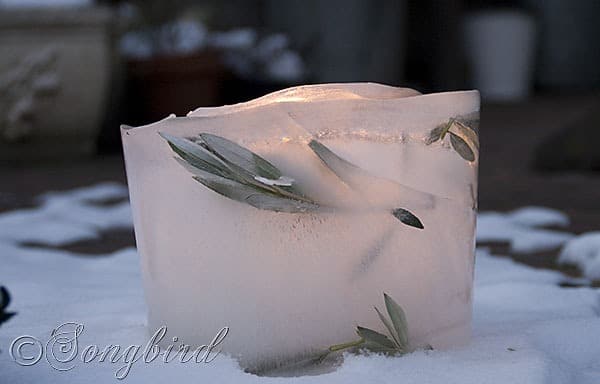