Today’s project could qualify as the ultimate repurpose. It involved a piece of garden waste and a half finished project that had become obsolete.

This project also is proof that it is never too late to finish a project. Even if you didn’t know when you started that this is what you were making.

I made a candle stick out of a tree trunk. 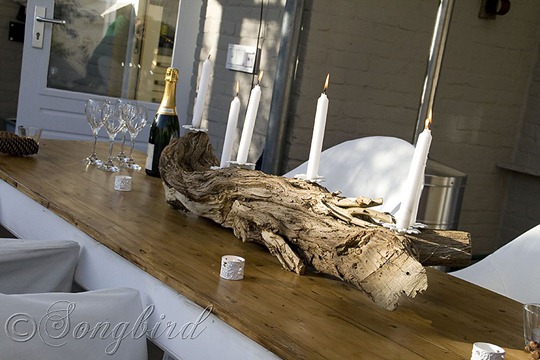 Somewhere in Spring, or it could even have been Fall last year, my love removed a big bush/ small tree from our garden. He put most of it through the shredder but the stump was too big. I put it somewhere in a corner to be taken away later, or to be repurposed, into one of those tree trunk tables perhaps….. 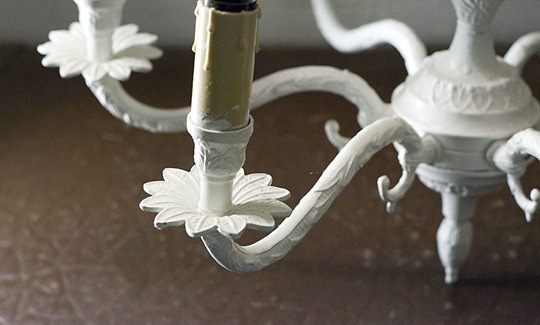 In the summer of 2009 I painted a brass chandelier white. I intended to use it as my lamp in my craft room. I never finished it and even found another one I liked better later. So this one was forgotten downstairs in the basement.

Until I took it apart. 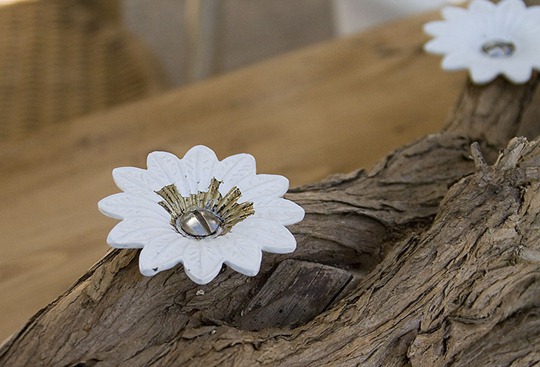 Cleaned up that tree trunk a bit so it would lay flat and screwed the flowers of the chandelier onto the trunk. As you can see the paintjob got damaged from taking the chandelier apart. I didn’t mind. Only adds to the rustic, I think. 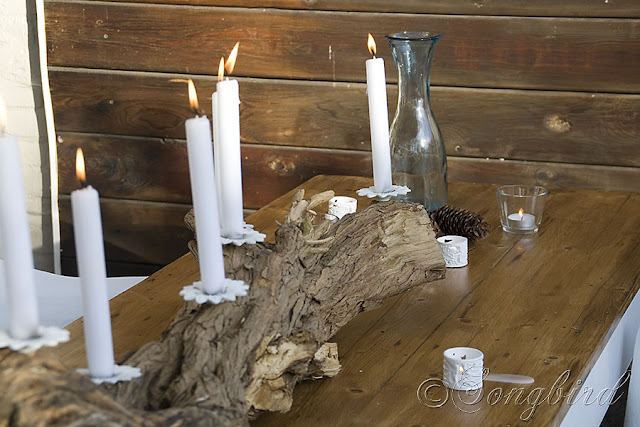 I ‘glued’ the candles with some melted candle wax onto the candle stick. 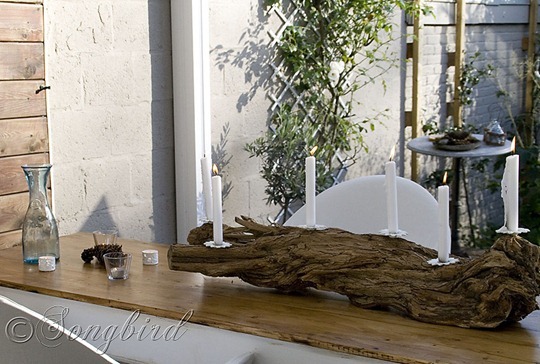 I love the ruggedness of it all. If I had lived closer to the see I might have done this with a piece of driftwood. But here and now, this piece of wood will do just fine. 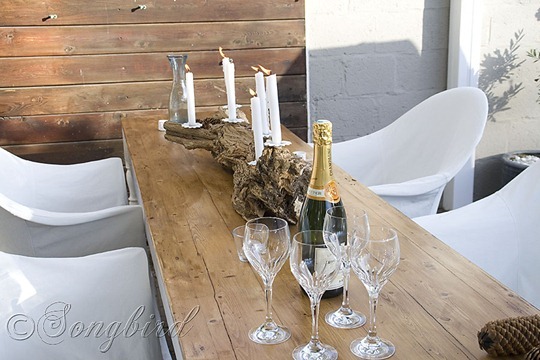 It was quite the conversation piece when we had some drinks with friends on the terrace. It does its job as centerpiece very well indeed. 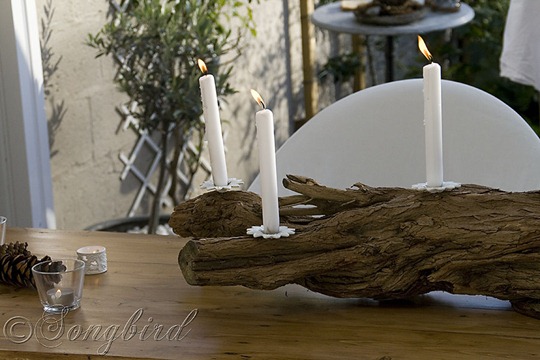 Of course you can’t leave these candles burning unattended, but can you ever. 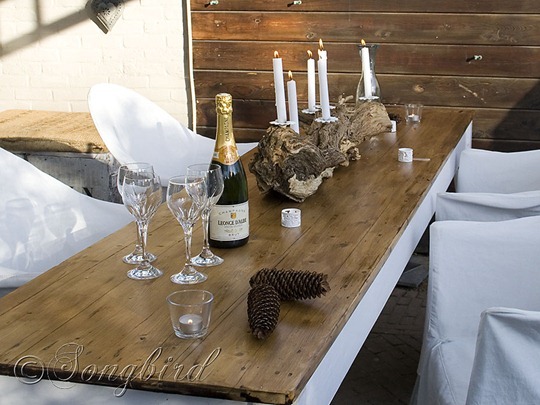 So here you have it: some bits from a forgotten and neglected chandelier and a piece of woodsy garden waste come together in this: a tree trunk candelabra.

Hmm, another project of the list (two actually, both the chandelier and the tree trunk were on somewhere on that perpetual list I keep in the back of my mind) and a really cool bit of outdoor décor in my garden. Cool!!!

I didn’t know I was making a tree trunk candle stick when I painted that chandelier white and put that trunk away, it only became that when I decided to go do something with some forgotten projects and see if I could put some UFO’s (UnFinished Objects) to rest…..