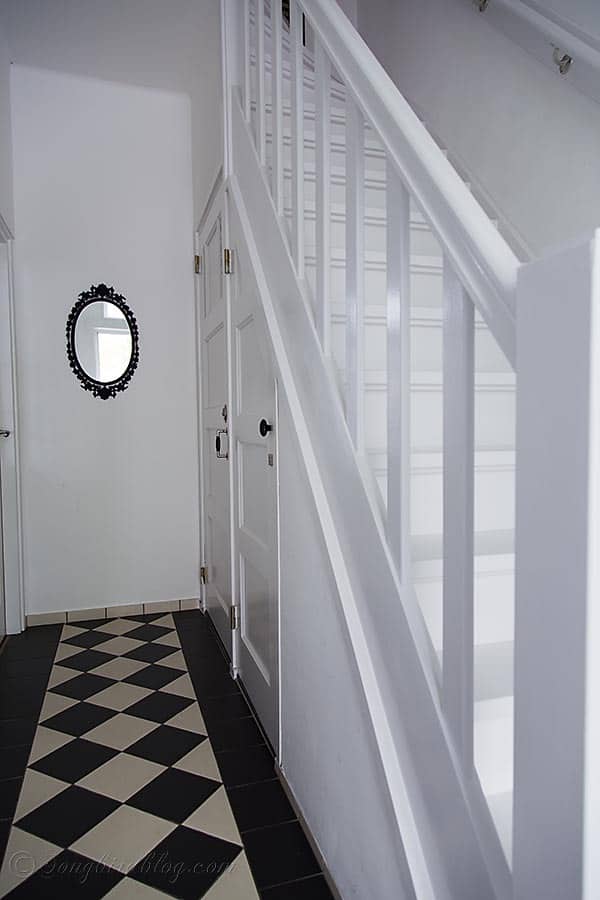 So you thought that when I was taking my extended blog break in the summer that I was lounging in the hammock, hanging out at the beach and taking three naps a day? Well, not exactly.

We did a bit of all of that and more, but mostly we were very busy.

I was busy doing one of my favorite things in the world. Paint stuff white.

Years ago, you may remember I started project White-out. Trying to get rid of all of the yellow colored woodwork in our house. I was on a roll back then. In one week I finished all of the downstairs which included 6 doors, a pantry and a lot of windows. It was beautiful and I loved it and it made all the remaining yellow wood look even worse than before. I was all gung ho to get the rest painted too.

Didn’t happen for so long that I included it in my publicly announced plans for 2013…. 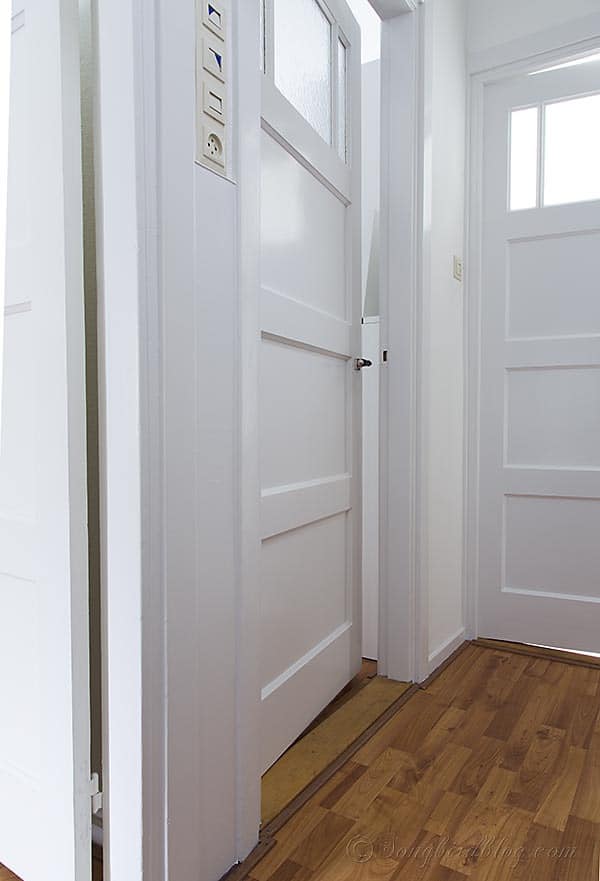 This summer I painted another 5 doors, 3 large window frames, yards of baseboard and two complete staircases.

And it all is white! So very brightly white! And I love it.

I know that in time the white will tone down a little, since I can see the difference between the parts I painted three years ago and the new parts and that is ok. But for now everything looks as pristine as freshly fallen snow.

This particular makeover is a huge weight of my back. Just not having that project on my eternal internal to-do list has freed up so much energy. 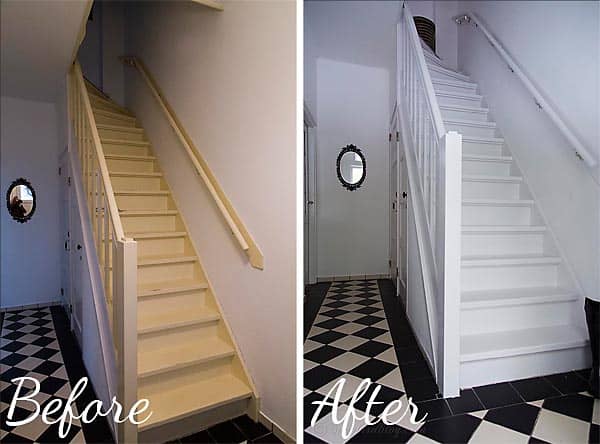 Just look at the difference a little paint makes. 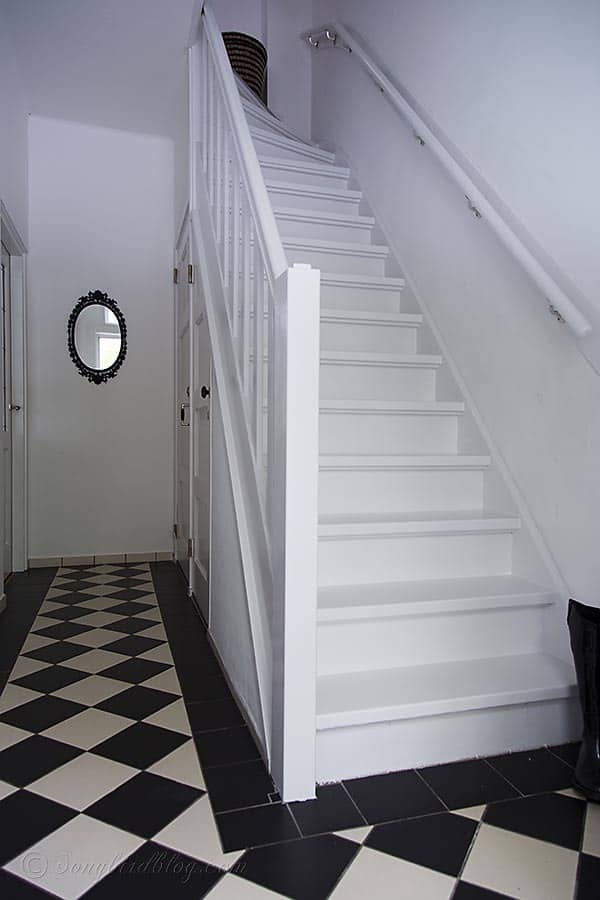 Sigh I love it, and it has got me totally motivated to start working on some other projects of that 2013 list of home goals 😀

PS in case you are wondering.

– I used a super hard paint that is supposed to withstand staining and scratching like a champ, probably better than the last coat of paint that lasted us 10 years. It is a Dutch/European brand called Sigma, the white color is from the Histor paint line and called Hoornwit.

– This time I used a water based paint, to prevent the yellowing that happened with our previous stain. I added Floetrol to the paint to make it easier to apply: a game changer. I used a short-handled brush for practically all of the painting, loved it. I bought it in the States while on holiday. Wishing very hard they will become available over here soon too.

– I painted the stairs while still living in the house and using the upstairs. During the day we had a ladder going up to the upper floor from the outside. It involved some climbing over balcony walls and receiving comments from neighbours but it worked. I made sure I finished painting the risers well before midday, and we waited until late at night before we carefully walked upstairs on our socks. The water based paint had dried by then, although not fully hardened. It worked and our stairs are scratch and damage free (so far….).

– Yes you see everything on that white, but dirty is dirty whether you see it or not, and I am much rather reminded that it is time to wipe down the stairs than forget it for too long.

– I have plans to make these stairs look even more spectacular. Now lets see if I can get that done before another three years are over…..